HomenewsNewsEU approval will not be renewed for six key PPPs

EU approval will not be renewed for six key PPPs 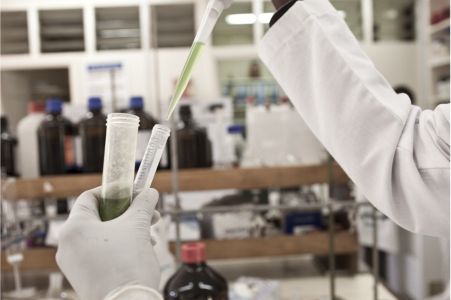 Key points
EU approval will not be renewed for six PPPs that are important to ACP horticulture:

– pencycuron
How will ACP producers/exporters be affected?
Non-renewal means that these PPPs can no longer be legally used within EU countries. But it also has an impact on ACP growers – the EU maximum residue levels (MRLs) will be reduced to the limit of determination (LoD), which in most cases means that they can no longer be used on crops for export to the EU.
What should ACP producers/exporters do now?
If you use these PPPs, start looking for alternatives as soon as possible.

It you have any major concern about these changes, and fear that you will be left without an effective and available alternative, please contact COLEACP at: network@coleacp.org.

COLEACP will keep you informed as soon as more information becomes available.

The European Commission (EC) has recently issued notifications of changes to plant protection product (PPP) approvals within the European Union (EU). Approval will not be renewed for six PPPs that are important to ACP horticulture: thiophanate methyl, mancozeb, imidacloprid, zeta-cypermethrin, haloxyfop-p and pencycuron.

This news also summarises all PPP approval changes introduced to date in 2020.

On 16 October 2020, the EC published Implementing Regulation (EU) 2020/1498. The approval of thiophanate-methyl is not renewed. Authorisation was withdrawn in the EU on 19 October 2020 and will be withdrawn for use in individual EU Member States, following a grace period for transition, by 19 October 2021.
Mancozeb
Mancozeb is a commonly used fungicide for control of a wide range of pathogens including blights, leaf spots, scabs and rusts on crops.

On 17 April 2020, the EC notified the World Trade Organization of its decision not to renew the approval of mancozeb. The 60-day commenting period is now over.

On 23 October 2020, EU Member States voted in favour of the non-renewal1. The Adopted Regulation should be published in the Official Journal of the European Union in December 2020, with details on the transitional measures and grace period (6 months).

Because the MRLs for mancozeb are grouped with those for all dithiocarbamates, which are currently under review, the MRLs cannot be lowered individually for mancozeb without affecting other substances in the dithiocarbamate group. COLEACP predicts that they are not likely to be lowered before the end of 2021. However, this is not definite and the situation may change. Updated information will be issued as soon as it becomes available.

More details on mancozeb are available in this technical brochure.
Imidacloprid, zeta-cypermethrin, haloxyfop-p and pencycuron

The EC had extended the approval periods for a range of substances, including calcium phosphide, denathonium benzoate, haloxyfop-P, imidacloprid, pencycuron and zeta-cypermethrin, to allow sufficient time for their reassessment. However, the PPP manufacturers involved have recently confirmed that they no longer support the renewal of approval for these active substances. As a result, the extensions of the approval periods are no longer justified.

On 6 November 2020 the EC published Implementing Regulation (EU) 2020/1643 setting the dates for the expiration of approval of:

It is expected that the EC will lower the MRLs of these substances at the end of the maximum grace period (18 months). However, this is not definite, and the situation may change. Updated information will be issued as soon as it becomes available.

1 In particular, it was concluded that mancozeb has been classified as toxic for reproduction (category 1B), and criteria to identify endocrine disrupting properties are met for humans, and most likely for non-target organisms.

The post EU approval will not be renewed for six key PPPs appeared first on .